The graduate programs in Dartmouth’s departments of biology, chemistry, mathematics, and physics and astronomy have been awarded more than $2 million in grants from the U.S. Department of Education through the Graduate Assistance in Areas of National Need (GAANN) program. These federal grants will fund 17 three-year graduate fellowships, supporting the training of top graduate students who demonstrate financial need and are pursuing doctoral degrees in designated fields of national need. 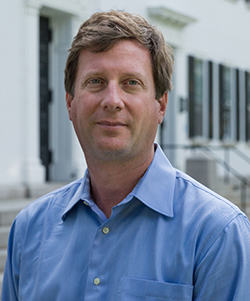 Dean of Graduate Studies F. Jon Kull says he is “delighted that Dartmouth has had unprecedented success in the last two rounds of funding.” (photo by Eli Burak ’00)

Dartmouth Graduate Studies programs have received nearly $8 million in GAANN awards since 2004, and Dean of Graduate Studies F. Jon Kull says he is “delighted that Dartmouth has had unprecedented success in the last two rounds of funding.”

Kull, a chemistry professor and the inaugural holder of the Rodgers Professorship at Dartmouth College, continues, “The support of the U.S. Department of Education through the GAANN program is very important for increasing the strength and diversity of our graduate programs, which in turn directly affects the scholarship of Dartmouth researchers. Furthermore, having such a high number of successful applications reflects very well on the strength and reputations of our graduate programs, as well as the excellent programmatic support our students receive.”

Graduate students who receive a GAANN fellowship are paid a stipend of up to $30,000, and Dartmouth receives additional funding to cover the costs of the fellow’s tuition. The Dartmouth arts and sciences faculty who are the principle investigators of the GAANN awards are: John Winn, chemistry; Marcia Groszek, mathematics; Mary Hudson, physics and astronomy; and Matt Ayres, biology. The awards will support six fellows in chemistry, four each in math and biology, and three in physics and astronomy. 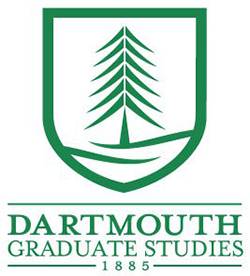 “GAANN fellowships allow the math department to admit more excellent graduate students, who contribute to the vibrancy of the graduate and undergraduate programs and of our mathematical research,” says Groszek, a professor of mathematics. “Many graduate students choose to study math at Dartmouth because of our deep commitment to providing the best of training in both research and teaching. GAANN awards recognize the value of this preparation both for graduate students and for their future students, institutions, and scholarly achievements.”

“These prestigious awards reflect highly on the quality of our faculty and our graduate programs. The GAANN program is highly competitive and for Dartmouth to win four grants simultaneously is truly outstanding,” says David Kotz, the associate dean for the sciences and the Champion International Professor in the Computer Science Department. “The GAANN fellowships will enable us to attract the very best graduate students to Dartmouth, which is essential to successful research programs in the sciences.”