The Marshals for the Investiture Ceremony are selected on the basis of good citizenship, enthusiasm, integrity, and positive impact on others. In a typical year, they lead their peers in the processional into Spaulding Auditorium and carry a specially engraved baton. This year is anything but typical, but we have kept to tradition and have three marshals who are representing their peers virtually.

We are delighted to acknowledge them in short vignettes here on the website, and they will also feature in the Virtual Investiture ceremony to be broadcast at 4pm EDT on Saturday, June 13. 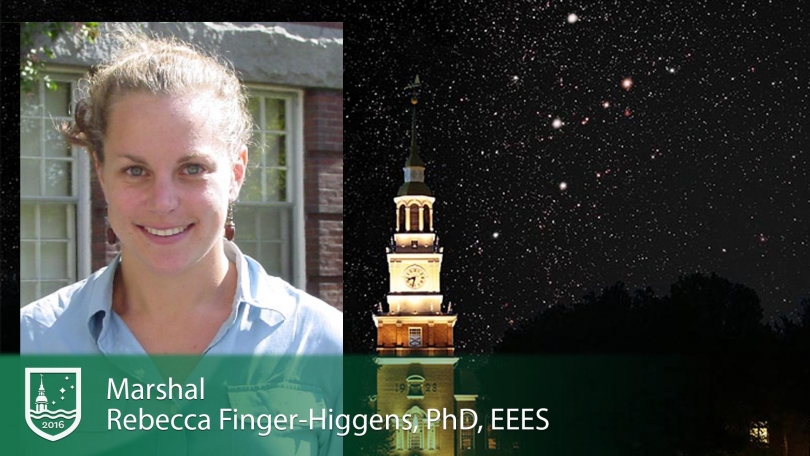 Rebecca completed a B.S. in Environmental Sience at George Washington University in 2006 and went on to obtain a B.S. in Biological Sciences at the University of Alaska Fairbanks in 2014. From there she joined the EEES program, where she had the opportunity to travel to and study the ecology of western Greenland through the Institute of Arctic Studies at Dartmouth, where she was a joint Science Education Fellow, funded by the National Science Foundation.

In addition to conducting inquiry-based field work in Greenland with high school students from the U.S., Denmark, and Greenland, she traveled twice to South Africa as a teaching assistant on the ENVS FSP program. Rebecca also served as president of the Graduate Women in Science and Engineering group.

From Dartmouth, Rebecca will go on to a Postdoctoral Fellowship with the United States Geological SurveySouthwest Biological Science Center located in Moab, UT. The focus of the postdoc is on Climate Change, Community Ecology, and Colorado Plateau Ecosystems. 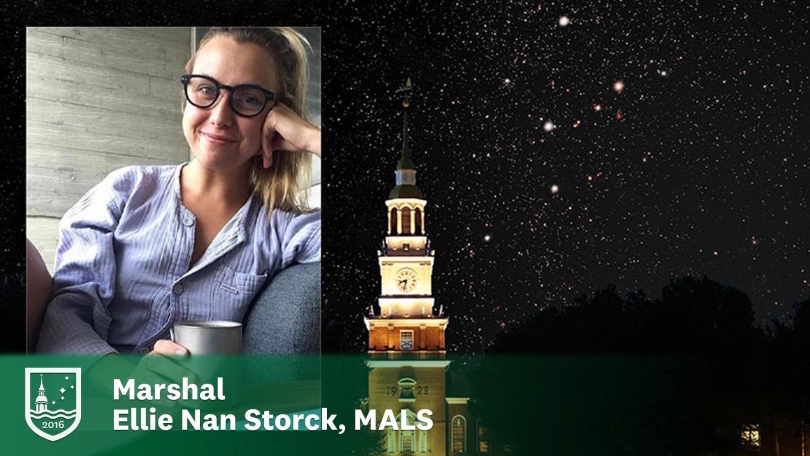 Prior to joining the MALS program, Ellie obtained a BA in English Literature at Connecticut College and from there moved to Brooklyn where she worked at a Manhattan-based magazine before coming to Dartmouth.

The flexibility afforded in the MALS program, along with the close-knit Dartmouth community were major attractions for Ellie who completed the creative writing track in MALS. During her time at Dartmouth, she took the role of Activities Coordinator on the Graduate Student Council and served as tutor to undergraduates in the Native American program. She also took on the role of Digital Editor for the Clamantis Journal.

Ellie plans to remain in the Upper Value after graduating, working remotely as digital editor for New York-based Departures magazine while pursuing her long-term goal of publishing her novel. 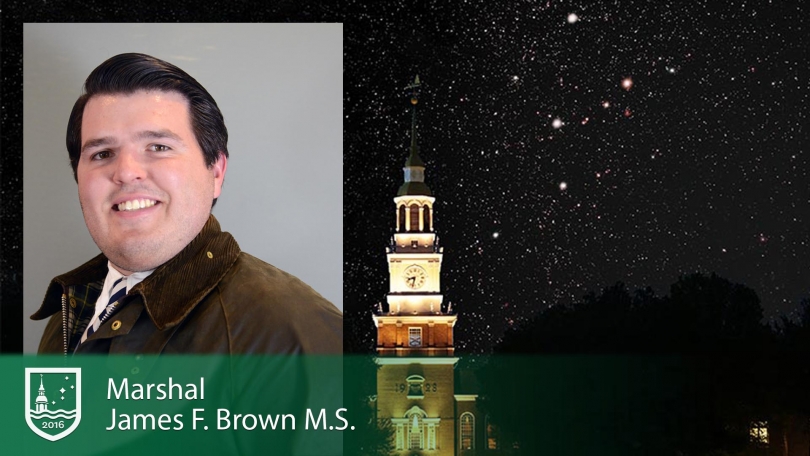 James came to Dartmouth after obtaining a B.S. in Computer Science from Southern Connecticut State University and was primarily attracted by the strong reputation of the Computer Science program. He was also drawn to the close-knit community and bucolic New England scenery.

While at Dartmouth, James took the role of Finance Officer for the Graduate Student Council and was involved in Club Baseball. He will be joining American Express as a Software Engineer in August, working out of the Manhattan office.