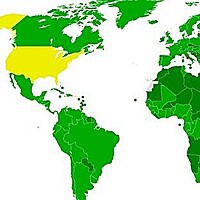 Panel Info:
Nearly every country has ratified the U.N. treaty on women’s rights. Most of the world’s constitutions guarantee equality between men and women. Gender quotas for women candidates are found in every region of the world. The U.S. enjoys none of these mechanisms. Opponents often claim that women in the U.S. already have ‘enough’ legal rights and don’t need treaties, an ERA, or help getting elected to political office. As the U.S. celebrates the centennial of woman suffrage, this panel asks, why does the U.S. stand alone, and would these mechanisms further gender equality in the U.S.? Working from their expertise in political science, sociology, and the law, our panelists reflect on the causes and consequences of U.S. “exceptionalism” in following global women’s rights norms.

Panelist Bios:
Jennifer M. Piscopo is Assoc. Prof. of Politics at Occidental. Her work on gender and political representation in the U.S., Latin America, and the globe has appeared in over 20 academic journals, including The American Journal of Political Science, Latin American Politics and Society, and Politics & Gender. She co-edits the journal Politics, Groups, and Identities. She consults regularly for intl. organizations such as UN Women, recently completing a report for the 65th Committee on the Status of Women on “The Impact of Women in Public Life.” A regular commentator in the news media, her writing has appeared in The New York Times, The Washington Post, and The Los Angeles Times, among others. She holds a B.A. from Wellesley, an M.Phil. from Cambridge, where she was a Gates Cambridge Scholar, and a Ph.D. from UC, San Diego.

Julie Chi-hye Suk is a Prof. of Sociology, Political Sci., and Liberal Studies at The Grad. Ctr. of CUNY, where she also serves as the dean for master’s programs. She is also a Visiting Prof. of Law at Yale. Her 2020 book, We the Women: The Unstoppable Mothers of the Equal Rights Amendment, narrates the ERA’s long legislative history to inform its current revival and future meaning. She is a frequent commentator in the media on legal issues affecting women, including most recently in the L.A. Times, Washington Post, Democracy Now, and CBS News. She has a J.D. from Yale, where she studied on a Paul & Daisy Soros Fellowship for New Americans and a D.Phil. in Politics from Oxford, where she held a Marshall Scholarship.

Moderator Bio:
Lisa Baldez is Prof. of Govt. and Latin American, Latino and Caribbean Studies at Dartmouth. She is the author of Why Women Protest: Women’s Movements in Chile and Defying Convention: US Resistance to the UN Treaty on Women’s Rights, which won the 2015 Victoria Schuck Award for best book on women and politics and 2015 best book on human rights, both from the Am. Poli. Sci. Assn. She is one of the founding editors, with Karen Beckwith, of Politics & Gender, the official journal of the Women and Politics Section of the Am. Political Science Assn. From 2015-18, she was the Cheheyl Prof. and Dir. of the Dartmouth Center for the Advancement of Learning. Dr. Baldez is the recipient of the 2019 Midwest Women’s Caucus for Poli. Sci. Outstanding Professional Achievement Award.

Events are free and open to the public unless otherwise noted.