The Marshals carry specially commissioned batons engraved with the crest of the School of Graduate and Advanced Studies as they lead their peers in the Investiture processional to Spaulding Auditorium. 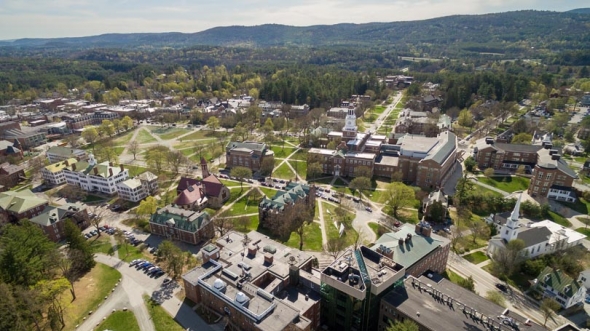 Daniele was educated in the United States and spent academic breaks in Italy. Prior to joining Dartmouth, he obtained a B.S. in Computer and Information Science, and a second B.S. in Political Science from Ohio State University. During his time at Dartmouth, Daniele served on the Graduate Student Council, and was impressed and inspired by the dedication of his peers to work towards improving graduate student life. Daniele will be going on to a position in a doctoral program at Carnegie Mellon University. 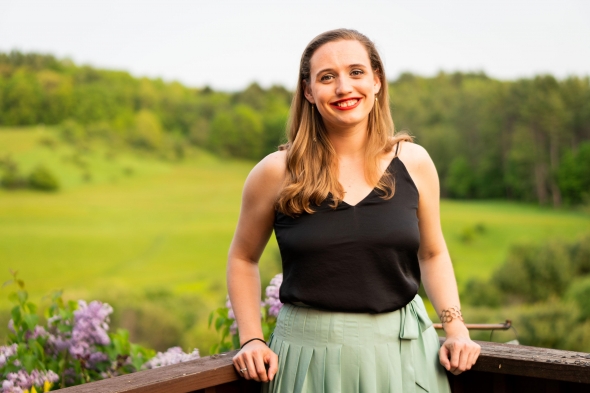 Prior to joining Dartmouth, Kyla obtained a Bachelor of Science, with a major in Biochemistry and Molecular Biology and a minor in English, from Gettysburg College, Pennsylvania. During her time at Dartmouth Kyla made many significant contributions to her field of research and many positive and long-lasting impacts to the graduate student community. She served as the PEMM departmental representative to the Graduate Student Council, and then as President. During her tenure she developed a mental health awareness initiative which continues to this day to raise awareness and increase openness around conversations about graduate student mental health. In recognition of her contributions, she was the 2018 Graduate Community Award recipient.

Kyla will graduate this year with a PhD from the PEMM program, but her academic career at Dartmouth will continue as she is currently completing her M.D. at the Geisel School of Medicine. 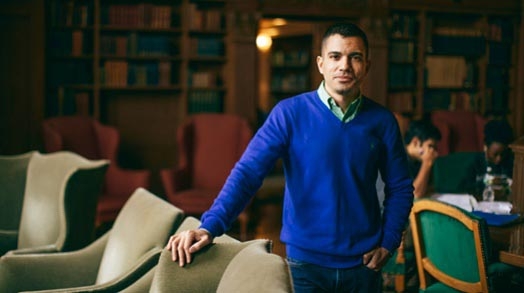 Prior to joining the MALS program, Carlos obtained a B.A. in Business Administration and joined MALS as a student veteran. Like many of his peers, he had completed various deployments at home and abroad and drew inspiration from those experiences while at Dartmouth. During his time in the MALS program Carlos was actively engaged in the student veteran community, serving as President of the Graduate Veterans society and mentoring new members. During his course of study in MALS, Carlos found his way to participate in an internship at the State Department, evidence of his continuous dedication to stepping up to address complex global challenges.

Carlos will be serving at the Office of Policy and Strategy in the Department of Homeland Security. He would like to extend personal thanks to the following mentors and advisors: “Professor Carl Thum, Professor Roberta Stewart, Professor Donald Pease, Professor Kerry Landers, Professor Nicholas Miller, Professor Ronald Edsforth, Wole Ojurongbe, and of course to a dear friend and mentor, the late Winnie Huang ’92. Your support, friendship, and guidance has meant the world to me.”